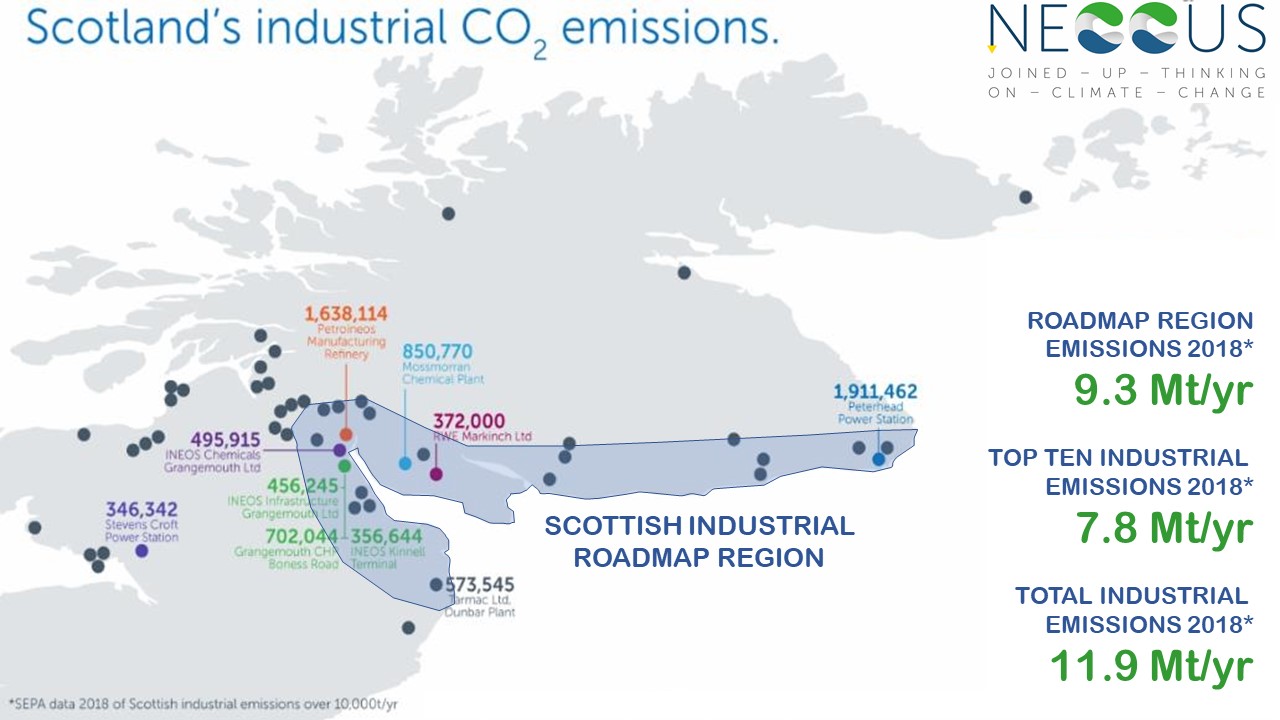 NECCUS, the Scottish industrial decarbonisation group, has had a £1.23 million programme approved by the UK Government for plans to decarbonise large sections of Scotland’s industry in a further step forward in the drive to cut carbon dioxide emissions.

Government funding is from the Industrial Decarbonisation Challenge, which is part of the Industrial Strategy Challenge Fund, and will enable NECCUS and 11 partner organisations drawn from industry and academia to draw up a plan detailing industry’s part in Scotland reaching its target of Net Zero carbon emissions by 2045.

The award follows a successful roadmap design project which helped to define the geographic scope of the project and identify the important roadmap features for Scottish industry.

Government support is being matched by some of the largest industrial players in Scotland, with Cairn Energy, Chrysaor, Crown Estate Scotland, PetroIneos, SGN, Shell, and SSE Thermal all providing funds and expertise into the roadmap.

The roadmap will consider multiple carbon reducing options such as electrification, the integration of renewable energy, fuel switching to clean sources (such as hydrogen), capture of carbon emissions from energy generation and industrial processes, and negative emissions opportunities (such as capturing carbon from biogenic energy sources). The project will create an energy system model covering key industrial sites along the Scottish East Coast, from Lothian in the South to Aberdeenshire in the North.

In total, some 30 industrial sites will be assessed which collectively emit around 80% of all the industrial emissions in Scotland. It is therefore anticipated that any net zero solutions developed here can provide infrastructure and blueprints for the whole of Scotland.

The results of the Roadmap will be crucial in informing the development of the fully integrated plans necessary to achieve net zero. Paul Wheelhouse (Minister for Energy, Connectivity and the Islands) has said, ‘I am delighted to note the success of NECCUS in being awarded this significant funding to produce Scotland’s Net Zero Roadmap. Industrial decarbonisation is a major challenge within our energy transition, but one we must absolutely rise to meet in order to deliver on Scotland’s ambitious net-zero by 2045 target. The Roadmap will help the sector to identify the options and pathways we must follow to bring momentum for decarbonisation programmes in industry in line with this target. The Scottish Government’s policies support the development of CCUS, which we consider as an essential technology; establishing a hydrogen economy; and supporting industry to consider sources and efficiencies in energy consumption. It is clear that the Roadmap will help to guide vital work in this area, supporting our ambitions and helping to identify opportunities to support international efforts to decarbonise’

Mike Smith, Chief Executive of NECCUS, said, “Having some of the largest industrial emitters in Scotland and key sectors of the Scottish Economy, working closely with Government and leading researchers, we firmly believe a path to industrial decarbonisation is in our grasp. To deliver it we will work with the rich vein of existing decarbonisation projects in the region, and expertise from global Net Zero projects, on which many of the partner organisations are taking a lead role.”

Steve Phimister, VP UK Upstream for Shell, said, “Shell welcomes the development of the Net Zero Roadmap as a critical milestone for Scotland’s de-carbonisation ambitions. The Roadmap, once developed, will provide an integrated overview of Scotland’s energy system, provide a real and effective practical tool to help emitters identify appropriate decarbonisation solutions and identify the steps needed to unlock investments; all helping to increase the pace of industrial de-carbonisation in Scotland.”

Phil Kirk, CEO of Chrysaor said “I am delighted that this funding has been approved. The energy industry, working in partnership with government, must lead the transition to net zero. Chrysaor has been committed to Net Zero projects for several years, including through early stage investment in carbon capture and storage projects such as Acorn, and through setting demanding targets for stage 1 and 2 emissions. Working together, we will create a strong and deliverable plan that builds on the expertise the industry has developed in Scotland.”

A spokesperson for Petroineos said “The Net Zero Roadmap will have a major influence on defining the way forward for Scotland’s transition towards a decarbonised economy. Petroineos, as a significant part of the Scottish energy sector, believe that we have an essential role to play in shaping this roadmap and are fully committed to supporting its development.”

Paul Mayland, COO of Cairn Energy said “Cairn is focused on driving down the emissions intensity of our production, in our other activities and throughout our supply chain. We are committed to investing in proof of concept of industrial Carbon Capture, Utilisation and Storage (CCUS) projects and NECCUS is the first stage in finding a solution that works for Scotland.”

Stephen Wheeler, Managing Director of SSE Thermal, said: “We’re delighted that the Net Zero Roadmap project has been awarded this funding, which will help accelerate plans to decarbonise energy and industry in the region and ultimately support Scotland’s ambition for a net-zero economy by 2045. In SSE Thermal, we’re exploring redevelopment options for a decarbonised power station at Peterhead by the mid-2020s, providing critically important flexible generation and complementing the rapid expansion of renewable energy. The delivery of large-scale, low-carbon infrastructure in Scotland can help drive a green industrial revolution, stimulating billions of pounds in private investment, and supporting a just transition for workers and communities”.

From Crown Estate Scotland, who supported the project in its initial phase, Sian Wilson – Snr Development Manager, said, “This roadmap will help develop the type of clean economic growth that will be needed for us to futureproof our economy and get Scotland to Net Zero by 2045. It is also a fantastic opportunity to develop the huge potential our marine resources have for CCS, renewable energy and hydrogen production, all of which are set to play a vital role in our energy transition. We’re lucky in Scotland to already have a strong energy skills workforce, and the progression of projects like this can help inform how we can sustain the thousands of energy jobs we currently have and adapt them to the needs of the future.”

Bryony Livesey, Challenge Director of the Industrial Decarbonisation Challenge, said, “The development of plans for decarbonising some of the most heavily industrialised regions of the UK is a crucial element in delivering industrial decarbonisation. It is encouraging that so many industries based in Scotland are engaging in this important work to develop a route towards achieving Net Zero.” 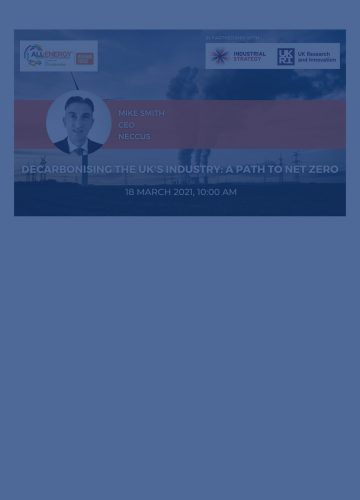 Promoting Scotland as the obvious location to start industrial decarbonisation 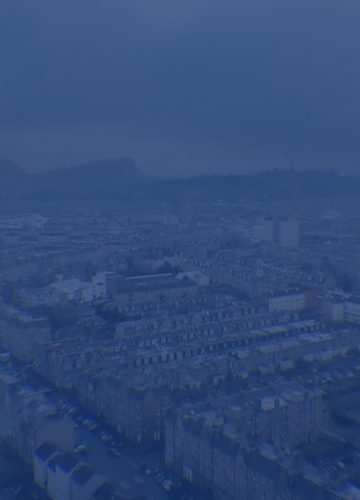